In order to indulge employees both in the public and private sector, a New UAE Labour Law has recently gone into effect from the 2nd February 2022. The pleasing part is that it looks quite appealing for all employees.

UAE is striving towards creating an enjoyable working space for all employees that value their happiness and productivity. It is directed at all companies and employees, so, the employers will be required to change some much-needed changes to their employment contracts.

These new changes will allow employees to have more personal time to focus on themselves and annuls the previous law.

Let’s see the changes the updated UAE Labour Law has brought for all employees.

Within one year of the Decree's implementation date, unlimited employment contracts must be turned into fixed-term employment contracts for a maximum of three years. Therefore, by mutual consent of both parties, the contract may be extended or renewed for similar durations, or for shorter or longer periods depending on their agreements.

The non-compete clause can also be removed in the contracts in writing by both parties in a mutual agreement after the contract has expired.

Additional employment contract cases where an employee is exempted to comply with a non-compete clause:

Apart from these cases, the Ministry can also exclude specific types of professionals from their employment contract's non-compete restrictions. 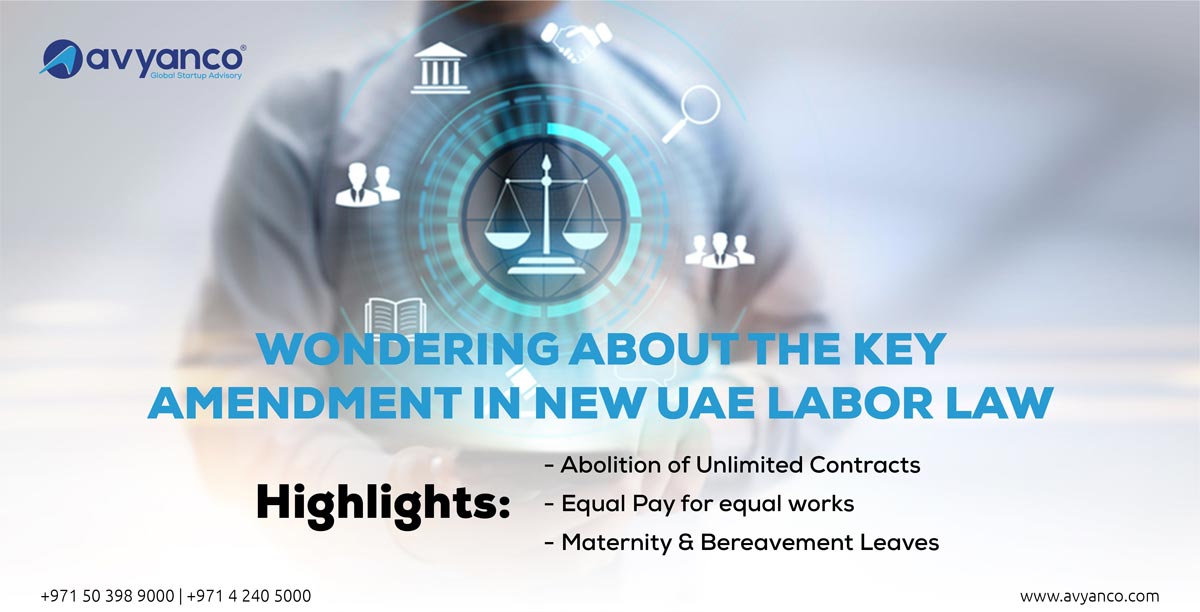 Types of Work Permits in UAE

When it comes to working permits, there are different work permits that employees are required to have. However, the most important one is obtaining a work permit from the ministry because it is not permitted to work in the UAE and an employer is not allowed to recruit a worker unless they have this work permit as per the provisions of this Decree-law.

New work permits introduced in this new labour law include:

This work permit allows employers to hire workers for a fixed period that lasts for a small-time or on a project basis.

Based on a fixed number of hours or days, this permit allows employees to work for more than one company.

The new law has allowed employees to hire juveniles between the ages of 15 to 18 under proper guidelines mentioned in the law, like taking permission from their parents or guardians.

This work permit is for international employees. With the one-mission permit, establishments and companies in UAE can recruit employees from abroad to work on specific projects or to work temporarily for a definite period of time.

This authorization allows self-sponsored expats who wish to provide services or complete some work for a fixed time to work for companies without requiring any contracts or sponsorships.

This applies when employers hire a UAE and GCC nationals.

It is a permit that is required from an employee who is hired outside of the UAE.

In order to transfer one expatriate worker’s employment from one company registered in the ministry to another, this permit is required.

This permit authorizes employers and establishments to recruit and train teenagers aged 15. Although some regulations are to be followed to ensure a healthy work environment.

This permit is issued when employers recruit a golden visa holder.

A license that permits companies and industries to train nationals in the UAE according to their fields and qualifications.

This permit is for expats who are sponsored by their families.

The updated UAE labour law states that time spent by an employee going from their home to their workplace shall be considered as working hours in these cases:

The new labour law in UAE also validates that daily working hours would be shortened by two hours during the holy month of Ramadan.

Working hours in the new UAE labour contract are limited to eight hours per day or 48 hours per week. An employer may ask an employee to work additional hours above the maximum working hours, as long as they do not exceed two hours per day unless the work is required to avoid the circumstances of a major loss or accident or to get rid of or reduce its consequences. In any case, the total number of working hours per three weeks cannot exceed 144.

The following types of employees and work will be exempted from the new labour Law's stating the daily maximum number of working hours:

These new models introduced by the New UAE Labour Law are dedicated to providing employees more flexibility and freedom. Therefore, these new models give employees the independence to work in their own hours, under some restrictions.

Employees can join more than one job model, considering they don’t work for more than 144 hours every three weeks and 48 hours a week. The models are:

In the New UAE Labour Law, it states:

As mentioned above, a notice period of at least 14 days is to be served by an employee on probation. However, there are some regulations imposed in the UAE Labour Law about the existing unlimited contract employees.

The New UAE Labour Law has shortened the employee contract within a company. Now, establishments are required to get their employees to sign a maximum of a three-year contract. This contract can be renewed as many times as they want. They also expanded their reasons for terminating employees and now they include:

Other termination regulations include:

In the New UAE Labour Law, it states that part-time workers are entitled to annual leaves. They will be calculated according to their actual working hours. These will be defined in the employee contract and will be according to the stipulated agreement.

Calculation of Wages in UAE

According to the agreed contract among employees and employers, workers can be paid an hourly wage, a daily wage, a per piecework wage or a monthly wage. In accordance, all salaries are to be given on the due date and calculated correspondingly.

The UAE Labour Law is changing according to the changing workplace environment around the world. In order to provide their employees more freedom and independence, they are moving towards more technological advancements and having an enhanced and flexible workplace. However, you need not worry about the labour laws at all when you get your company formed by us.

At Avyanco, we have a team of lawyers and experts who stay updated with the revised laws and policies of all labourers. Get in touch with us today and we’d ensure forming your company keeping your labour laws in consideration. 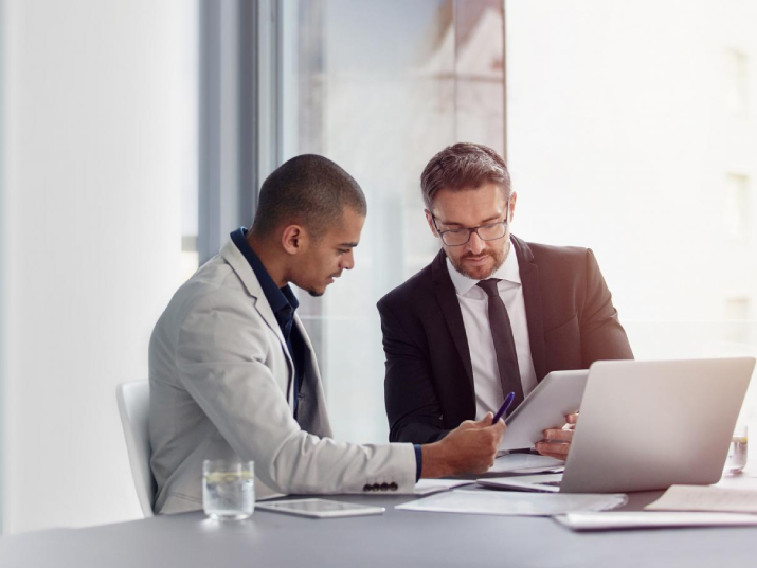 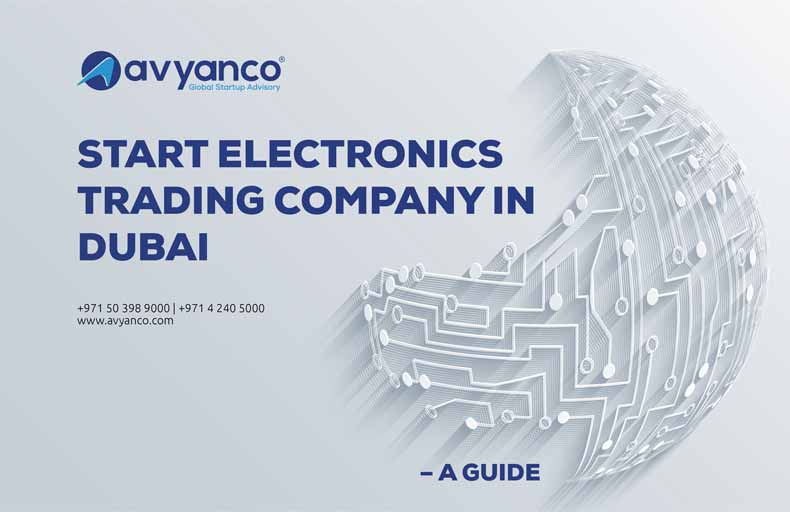 How to Start Electronics Trading Company in Dubai: A Guide 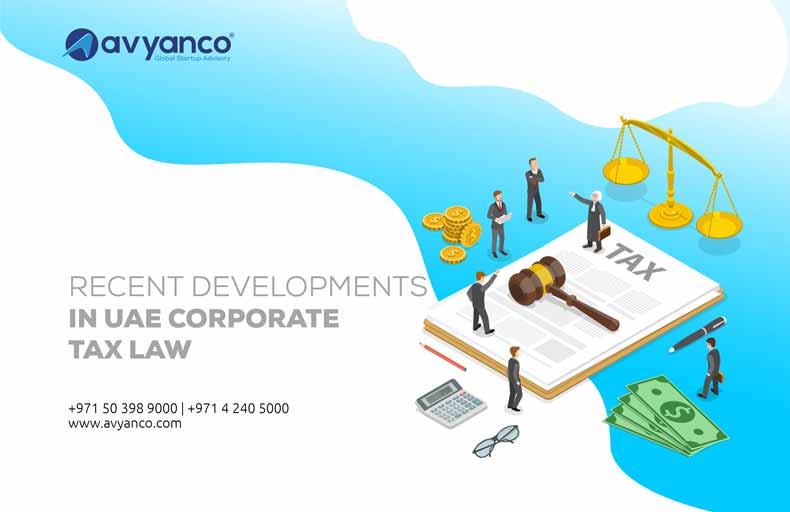 Recent Changes in UAE Corporate Tax - Federal Decree-Law No. 47 of 2022 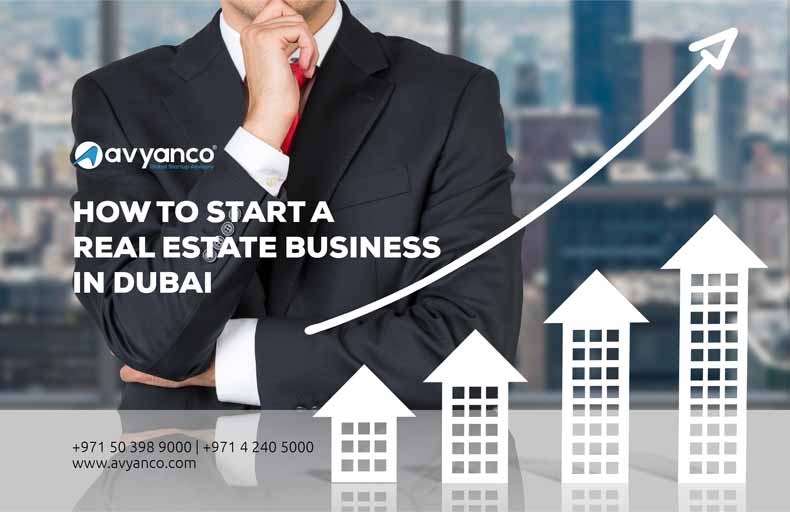 How to Start a Real Estate Company in Dubai: A Guide to Get License

Avyanco delivers its customers with the most authentic and effective consultation to setup a business in Dubai and
keep their book of record in place with top-class auditing and accounting services.